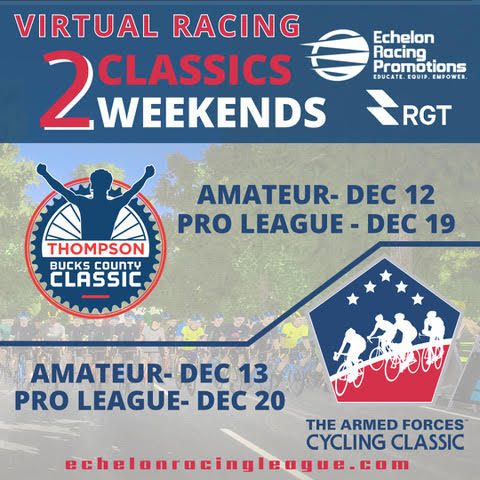 During the mess of a year that is 2020, our friends at Project Echelon Racing took the initiative to find a way for competitive cyclists to stay connected, compete and throw some love to the races and race organizations we are all used to being involved with through the racing calendar. Eric Hill and Frank Cundiff created the Project Echelon Racing League in which racers participate in virtual recreations of actual races. How does one do a virtual race? Through the cold, northern winters some bicyclists connect their bicycles to bike "trainer" devices which in 2020 are Bluetooth enabled and can connect to on-line applications like Zwift and (in this case) Road Grand Tours. This week the league offered a virtual recreation of our own Bucks County Classic including the technical eight turn Doylestown course and elevation profile. Colin Fitzpatrick, Marc Kubushefski, Connor Thompson and Sam Smith participated in the men's pro race for our team but our inexperience at virtual racing was apparent as we had some technical difficulties. Only Colin and Marc were able to overcome the interwebs and stiff competition to complete the race. 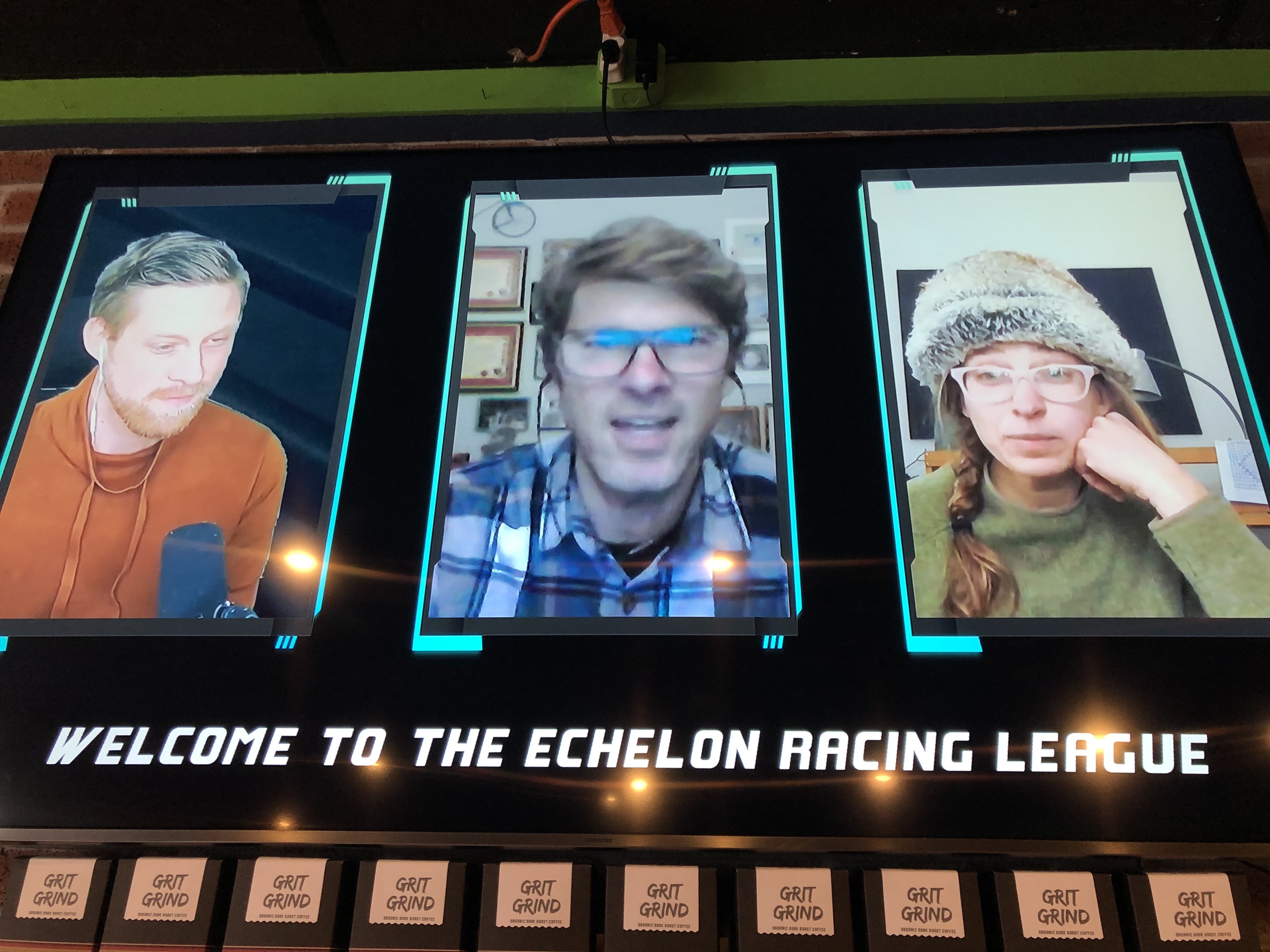 Former Olympian and Tour de France racer Frankie Andreu announced the action and the broadcast included interviews with Pennsylvania racing legend Shane Kline, Barbara Price of the Village Improvement Association, Mayor Ron Strouse, and race director Laura Reppert. The broadcast also included a tribute to Jack Thompson, founder of Doylestown's Thompson Organization and racing aficionado, without whom the annual race would not be possible. Jack passed this month, but we'll mostly remember the contributions he and his family have made to this community. You can see the full results of the women's Pro 1 race and the men's Pro 1 race here and watch the replay broadcast below.