We were proud sponsors of the 2019 Golden Wheel Races at the Valley Preferred Cycling Center (popularly known as the T-Town Velodrome) in Pennsylvania's beautiful Lehigh Valley. The night featured some of the top American and international pro, Olympic, and junior racers participating in scratch and elimination races. We brought a crowd from Doylestown to enjoy the first class facility, the outstanding concessions, the family-friendly atmosphere, and the delicious craft brews from Funk Brewing in nearby Emmaus; all from the luxury of tented Velodeck above Turn 4 on the track. 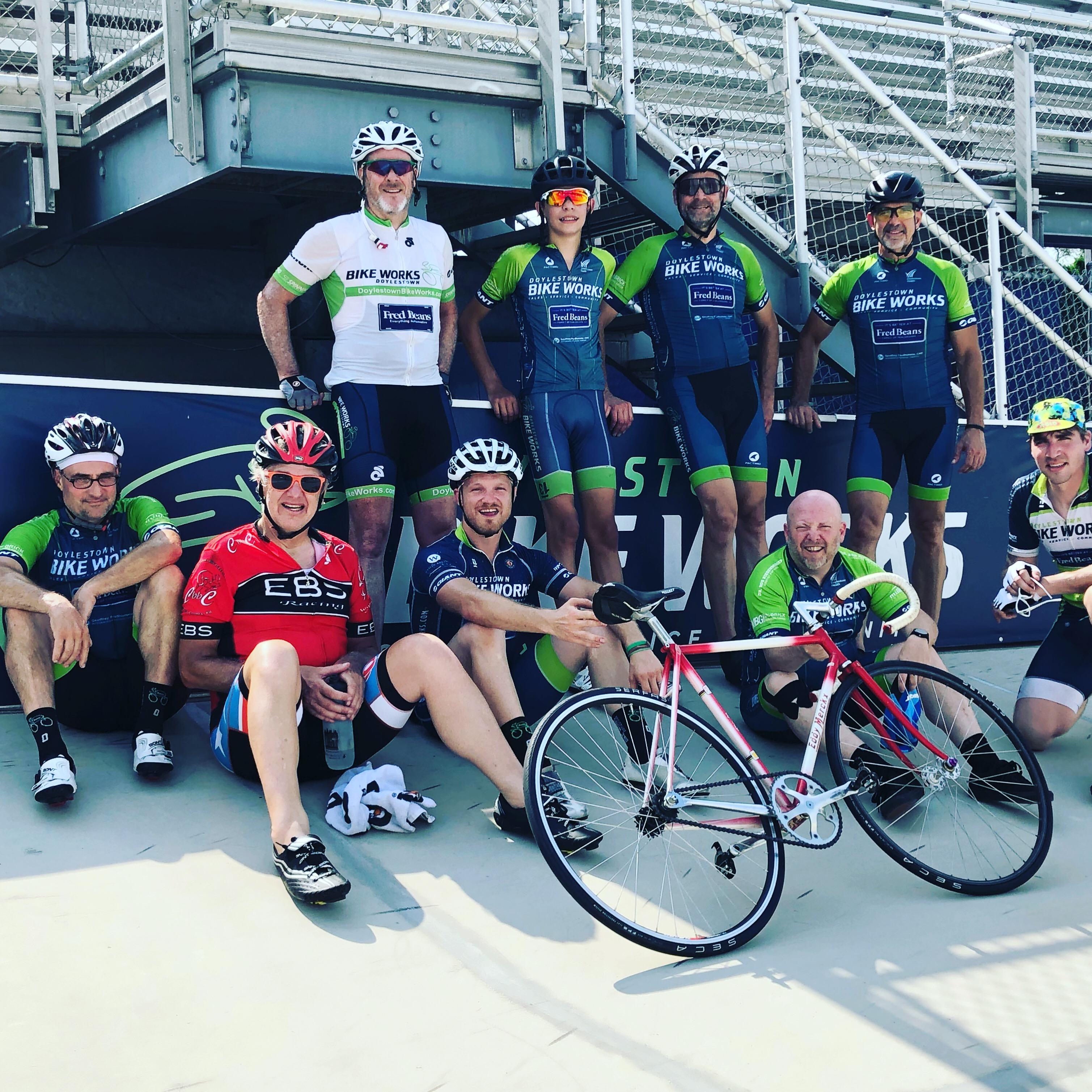 Intrepid Souls Brave the Heat, the Fixed Gears, the Concrete, and the lack of Brakes

Our day started with a number of our customers, friends, and amateur team members having an opportunity to learn about track racing and experiencing the velodrome though VPCC's "Try the Track" program. Andrew Harris, coach of the Sprinter's Edge Cycling Team braved the heat to get us comfortable with the 28 degree banks, the fixed gear track bicycles, and how to ride safely on the velodrome. 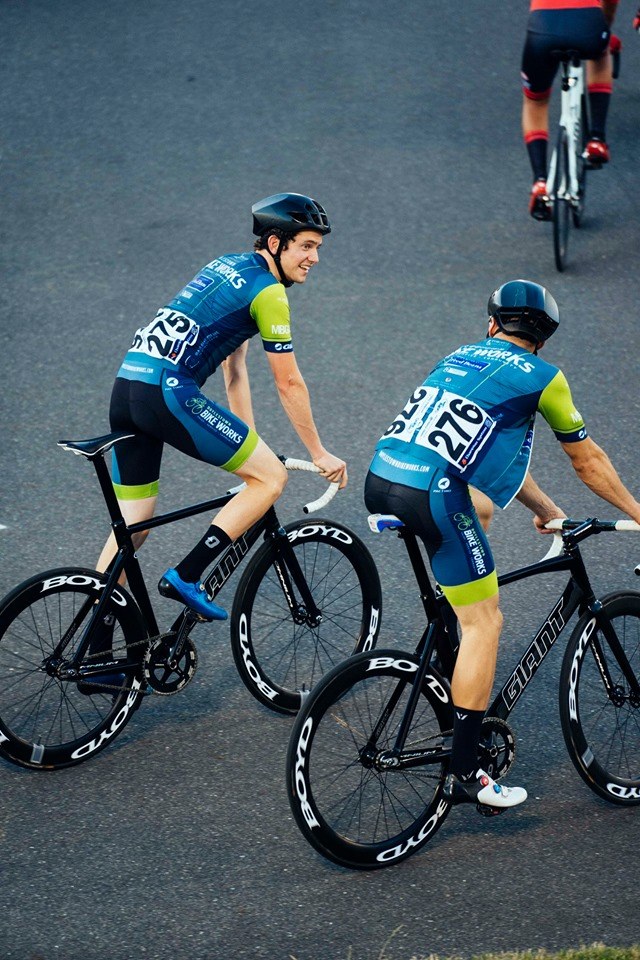 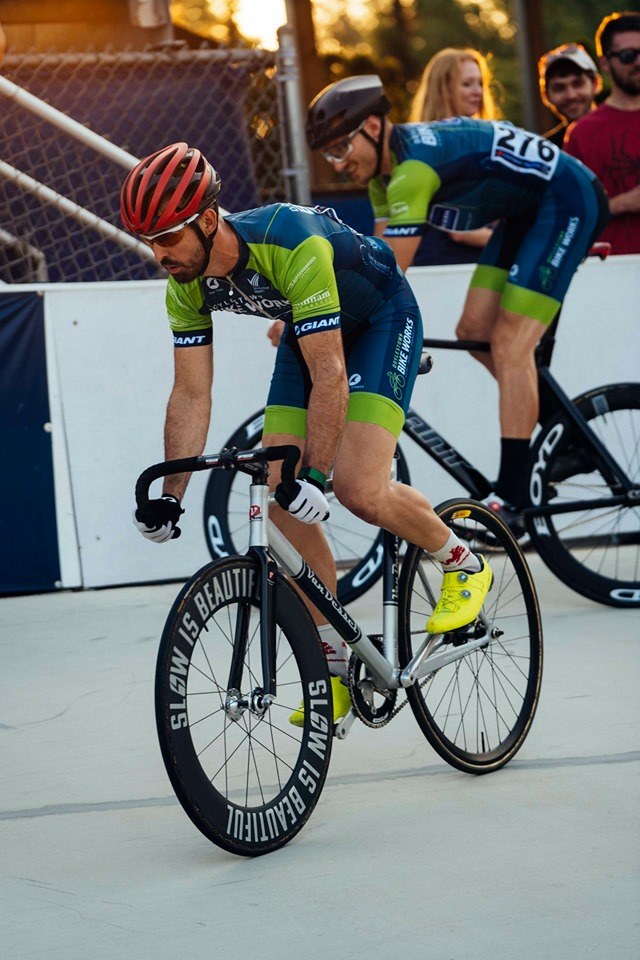 In the main part of the night Chris Meacham (Doylestown), Wes Kline (Emmaus) and Gui Nelessen (Lambertville) participated in the Pro/Category 1 Scratch and Elimination Races. Chris and Wes grew up racing on the velodrome in Trexlertown and use this discipline to sharpen their racing skills and build speed. Gui Nelessen races for Van Dessel Cycles and they were kind enough to lend him to us for the night. Gui is a former American Junior National Champion on the track among other accomplishments. The guys held their own against a deep field of some of the best American and international racers. 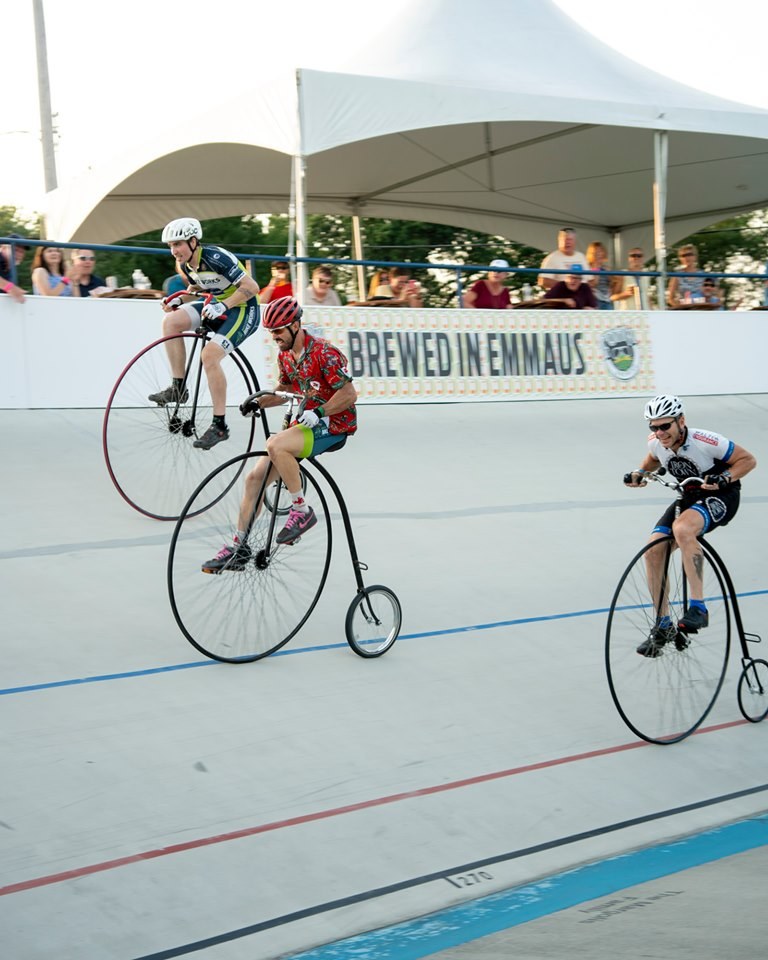 Pennyfarthings Make Their Return to the Track. Photo: VPCC

But let's be honest. The real reason the fans were at the track on Friday was to see our own Dan Turner, Gui Nelessen, and veteran vintage cycling racer Keith Hyndman (Phoenixville, PA) compete in the first mass start, Pennyfarthing scratch race in God-Knows-How-Long on an American track. The era of the Pennyfarthing in American was brief, from the 1870's until the invention of the pneumatic tire, the bicycle chain and the equal-size wheeled "safety bicycle" in the 1880's. They were the first machines known as a "bicycle" and were raced on the velodromes of the day when bicycle racing was becoming king. The tracks of that time were relatively flat with banks less pronounced than the 28 degree banks at Trexlertown and certainly weren't made of concrete. Make no mistake, this was a dangerous exercise. The guys heads were 8' above the track and what a credit to their skill in handling a bicycle. In short, don't show this to our lawyers or insurance agents. 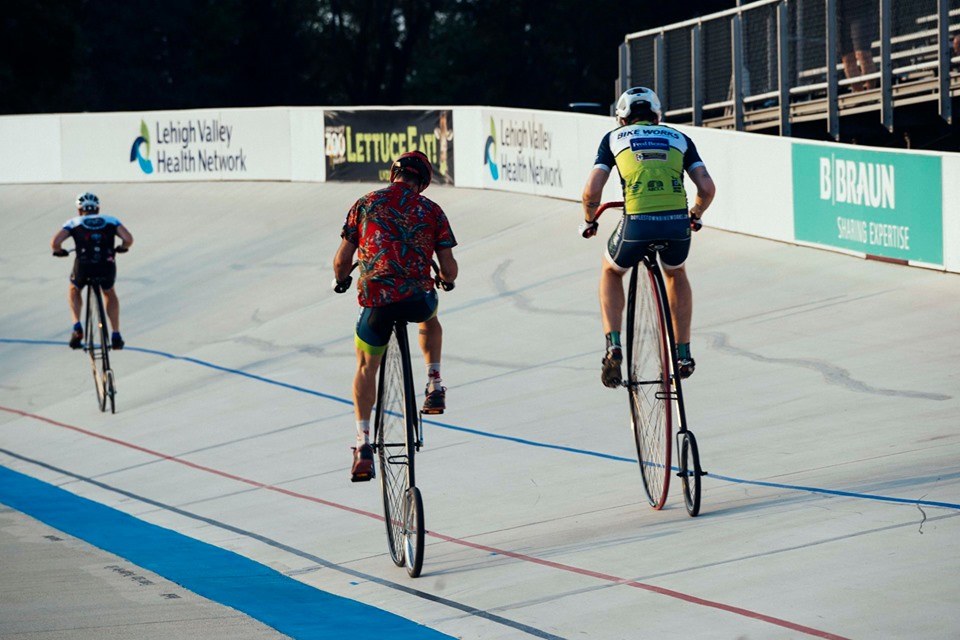 Keith Hyndman got off to a flying start. Photo: VPCC

Keith Hyndman had the early advantage, gaining as much as a 100 meters advantage on Gui and Dan on the 330 meter track through the first three laps of the race. Keith and Gui were using a bike with a 48" circumference wheel (high wheels are measured to the riders inseams). As the race progressed, Dan was able to take advantage of his larger 52" wheel to begin making up the distance helped in no small part by drafting off of his teammate Gui. On the penultimate lap, Dan closed the distance on both Gui and Keith heading into the last turn and edged them at the finish line. The race got the loudest ovation from the crowd of the night. Chapeau, Dan! 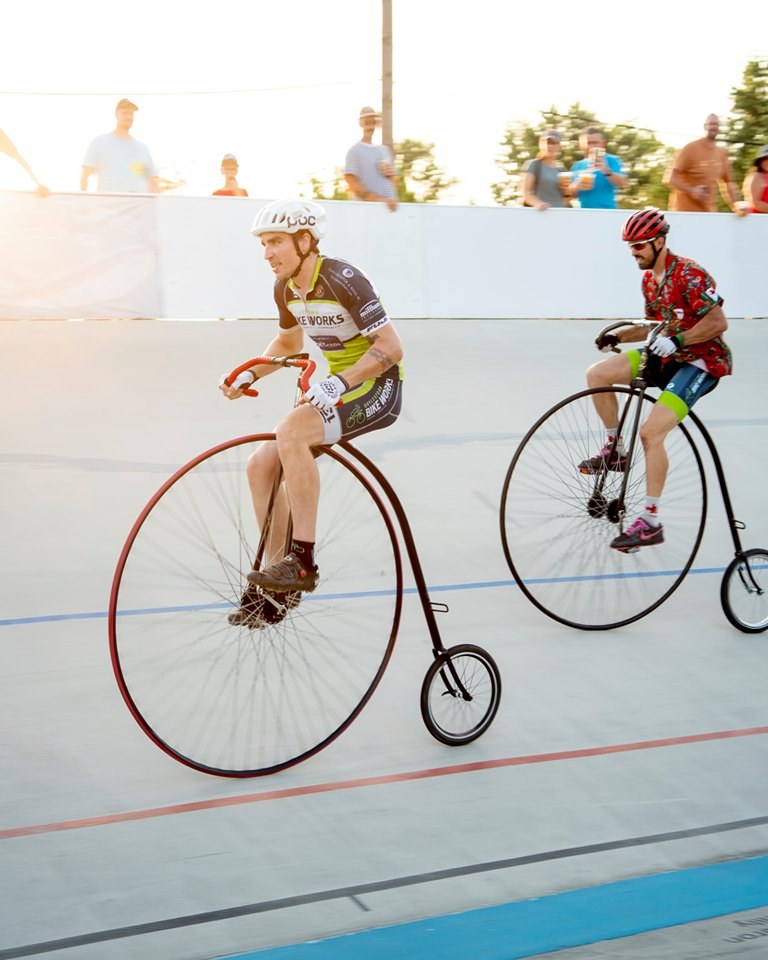 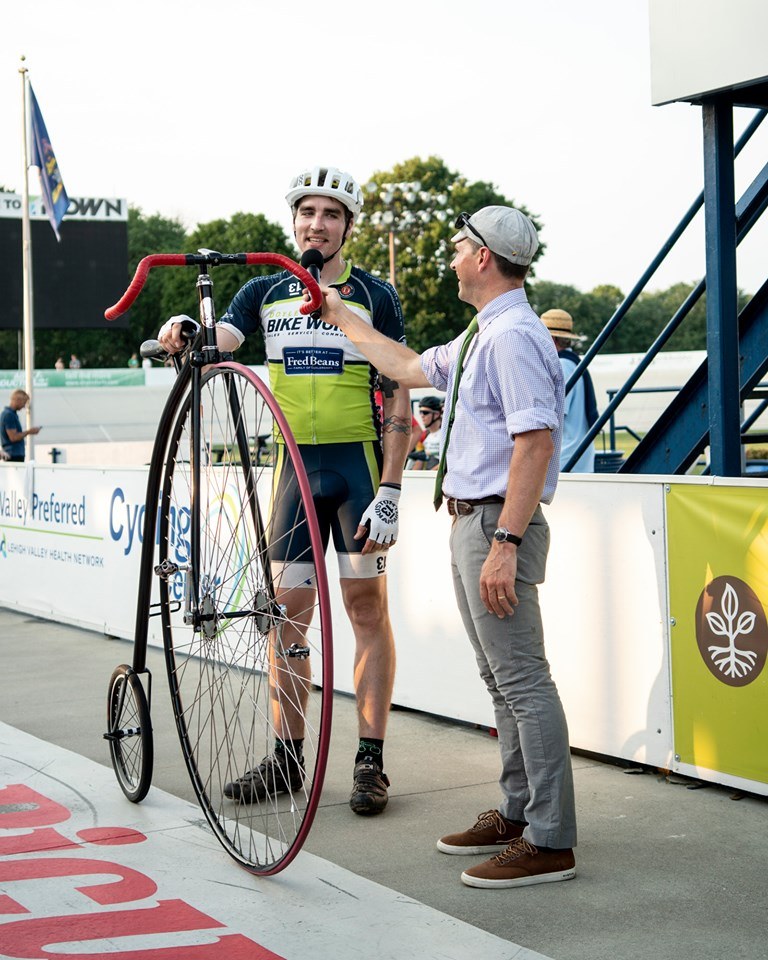