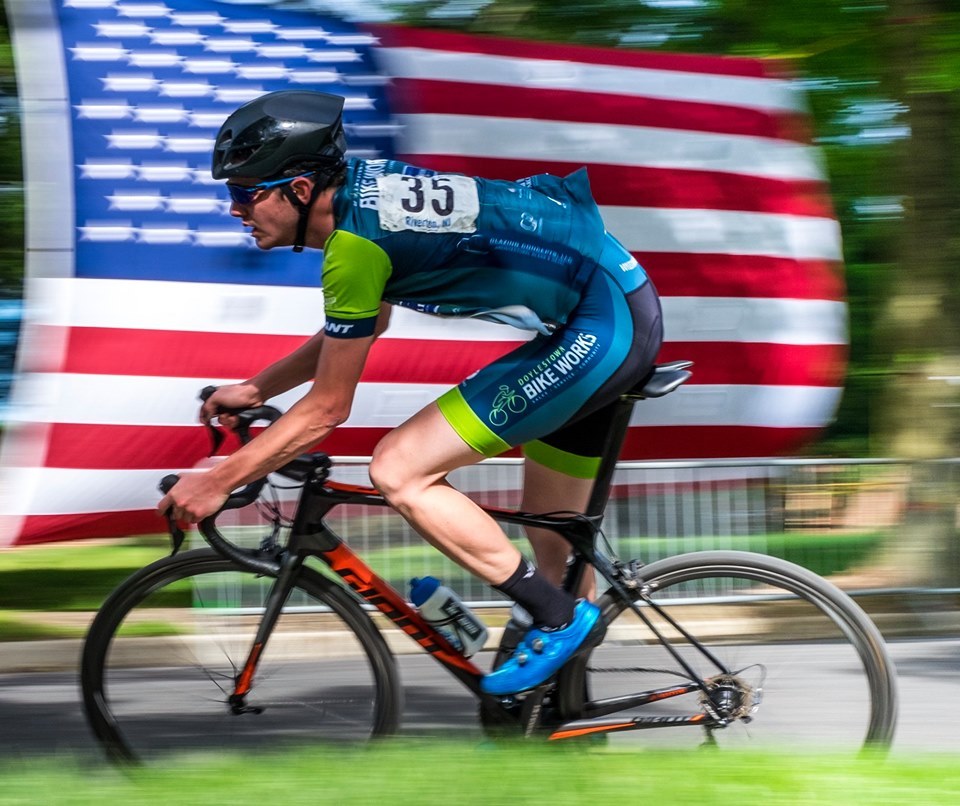 This is the single greatest picture of Chris Meacham racing ever. Photo: Ron Short

Ever been to Riverton, NJ on the far-side of the Tacony-Palmyra bridge on the banks of the Delaware River? Neither had I. What a beautiful little town and what a backdrop for a bicycle race. Here's some facts: Riverton has historically been a "dry town" and this was incorporated into law in 1952. Japanese Beetles were first discovered in the USA, in a Riverton nursery. It is home to one of the oldest, active yacht clubs in America. And boy, oh boy is their bike race a scorcher. This 33 mile criterium race (0.75 mile loops incorporating seven turns through the main street and residential neighborhoods with Victorian architecture houses) is very "technical" in nature (meaning you better know how to handle your bicycle in tight turns, bumpy streets, and with your fellow bike racers close at hand). This is the kind of race that really suits Chris Meacham's skills and he won the race in 2018 in a driving rain storm. 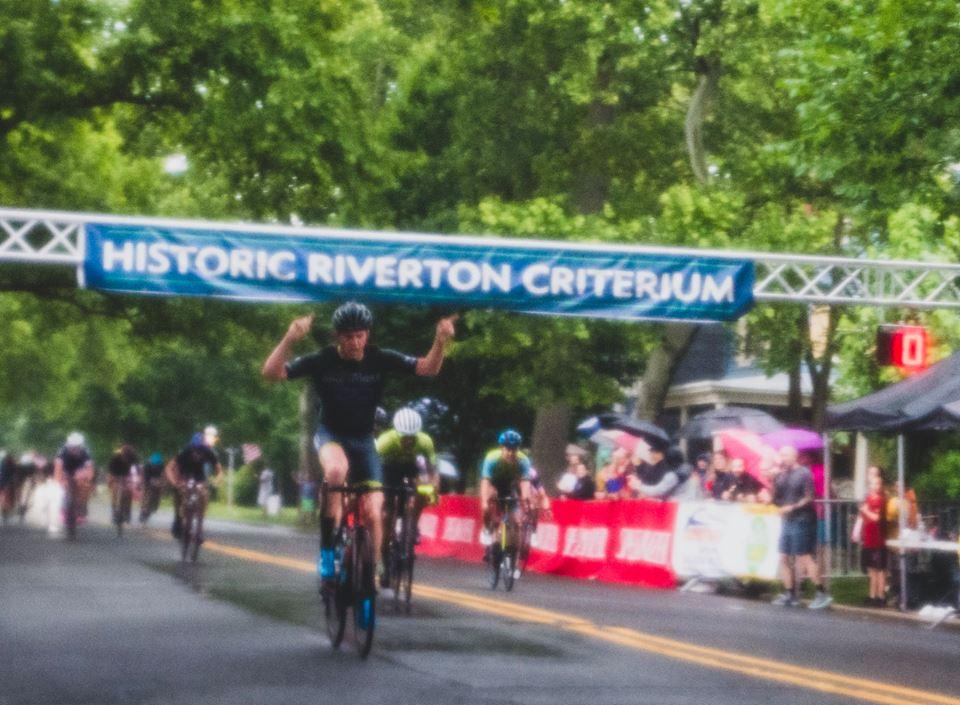 Props to our team captain Mike Bowe and sponsor/teammate Rob Beighley for racing in a peppy Master's 45+ race. Impressed yet? Well, both of them could have participated in a 55+ race if one had been offered. What did you do this weekend? 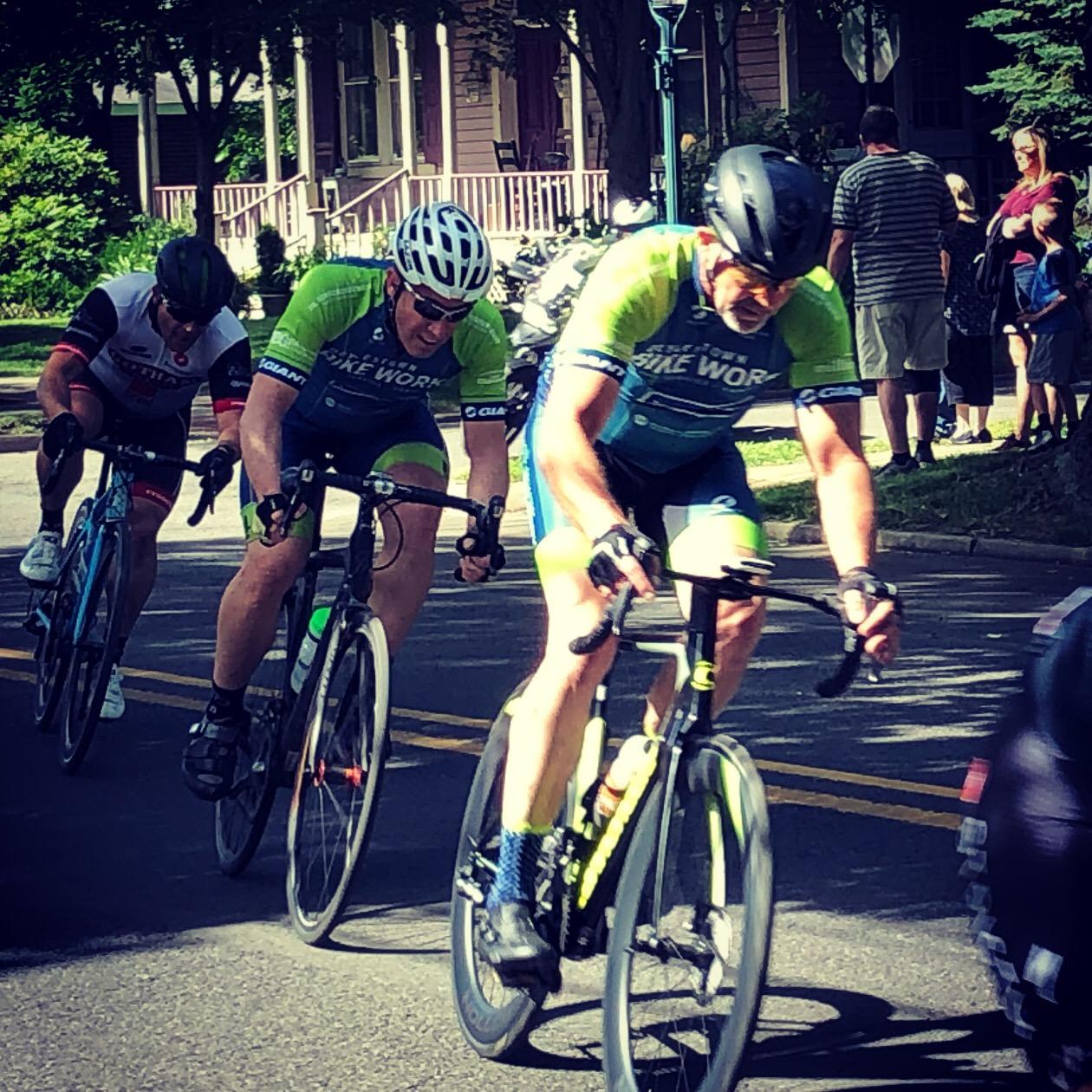 The Captain Mike Bowe, and Rob Beighley Racing in the 2019 Historic Riverton Criterium 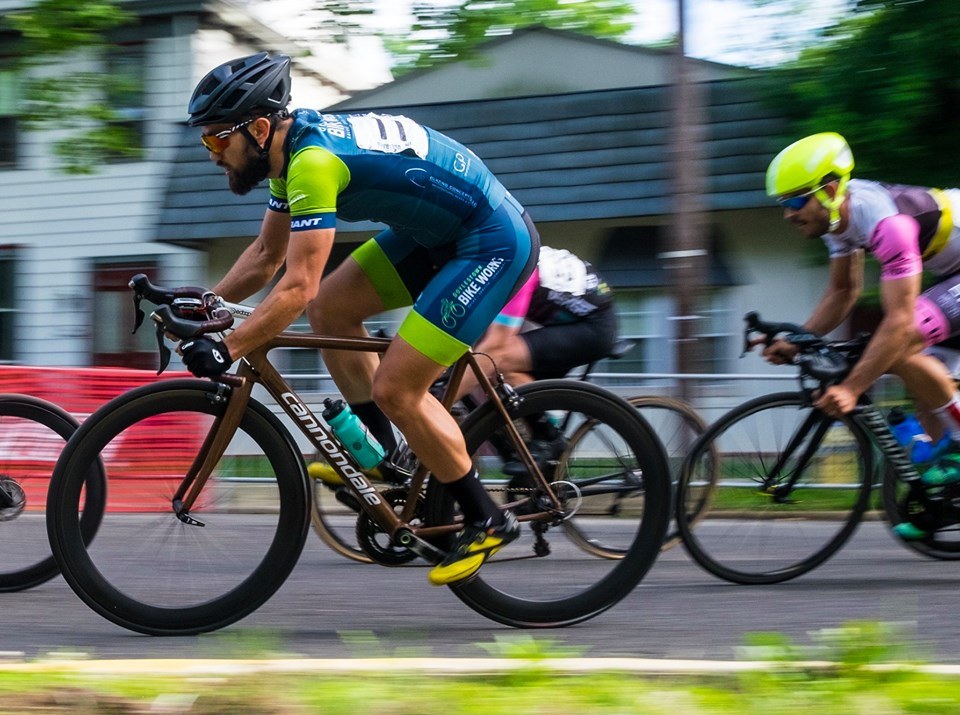 Andrew Dudle got stronger and stronger as the race wore on. Photo: Ron Short

In the Men's Pro 1/2 Race it got real fast and real violent. The technical course led to some nasty crashes that very fortunately our racers were able to avoid. The race was so fast that about half of the field was unable to finish the race because they were lapped on the relatively short loop and were pulled off the course by the broom wagon. Chris Meacham (16th), Andrew Dudle (22nd) and Colin Kelly (25th) survived an extremely strong field of racers and did their best to ignite the field to chase down three breakaway riders. 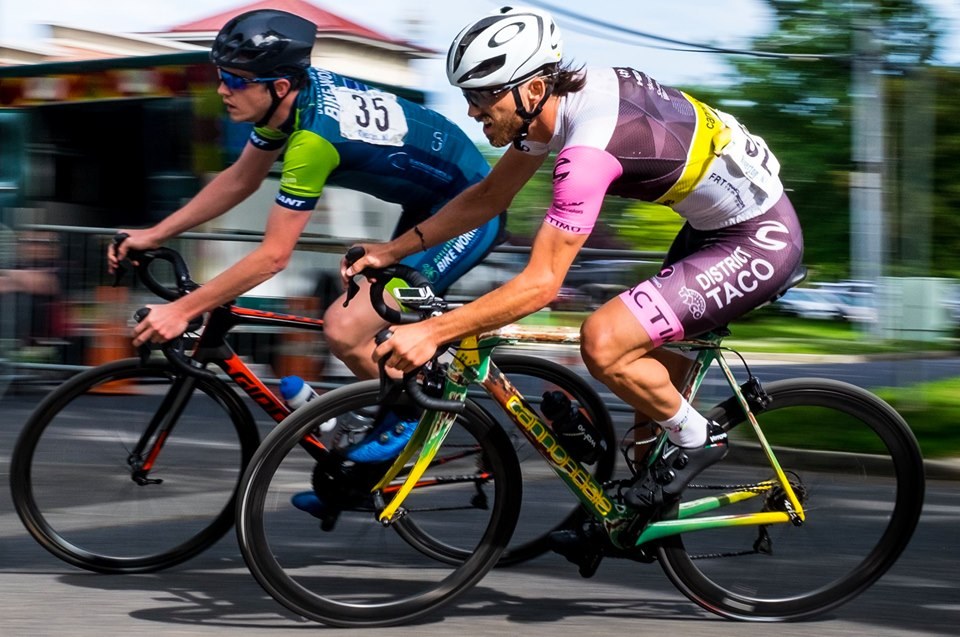 We are so fortunate to have a number of amazing pro and amateur pro photographers that help us document our team's efforts including Mike Maney and Paul Boger of MindYourDesign. Today I want to bring special attention to Ron Short who is both a bike racer and a race photographer. Ron is a treasure for regional bike racing because he captures the beauty and speed of regional amateur bike racing that so few of our friends, sponsors and teammates get the luxury of seeing. You can follow Ron at this link to his Facebook page. Thank you Ron! 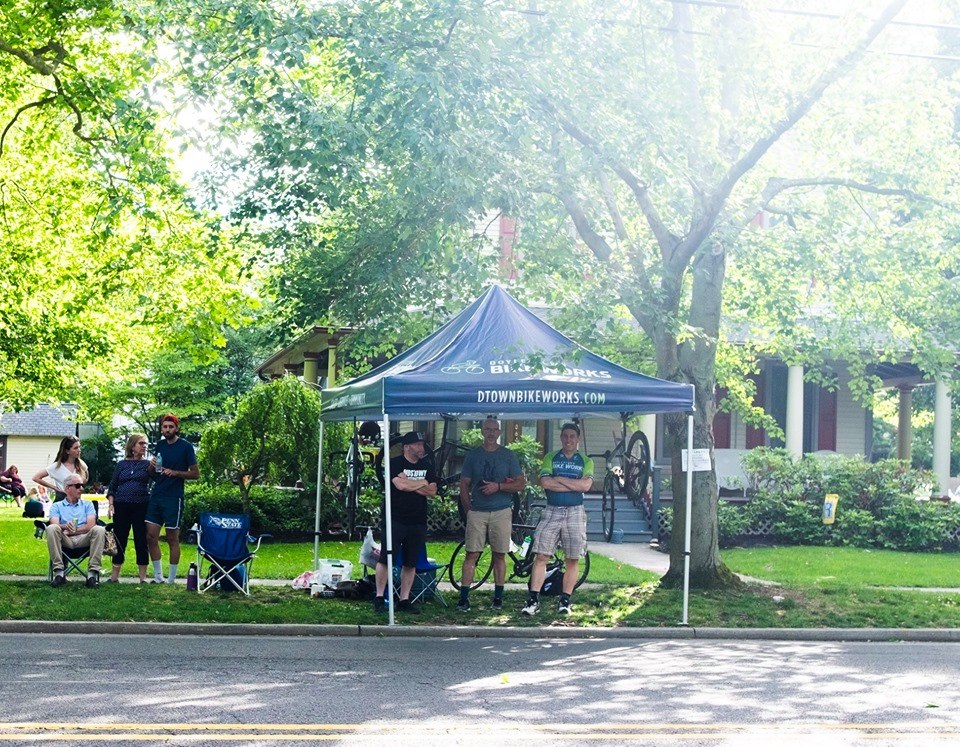