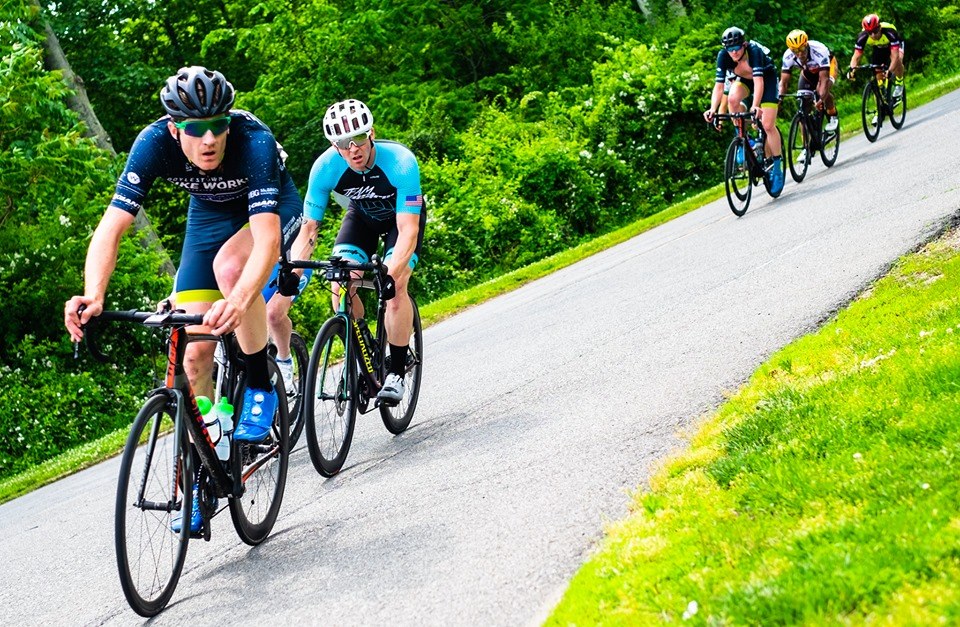 Very often the team dynamics of winning a bike race are misunderstood. In the case of our team we have an engine named Jason Wood (Lansdale) who does much of the hard work for the team chasing down break-aways or helping our riders in the break-away stay away from the chasing field. Often, if you look at what place he finishes in a race it will not tell the story of how valuable Jason is to his teammates. Saturday at the Watermelon Criterium in Piscataway New Jersey, and Sunday at the Tour de Fish in Somerville, NJ were those kinds of races. 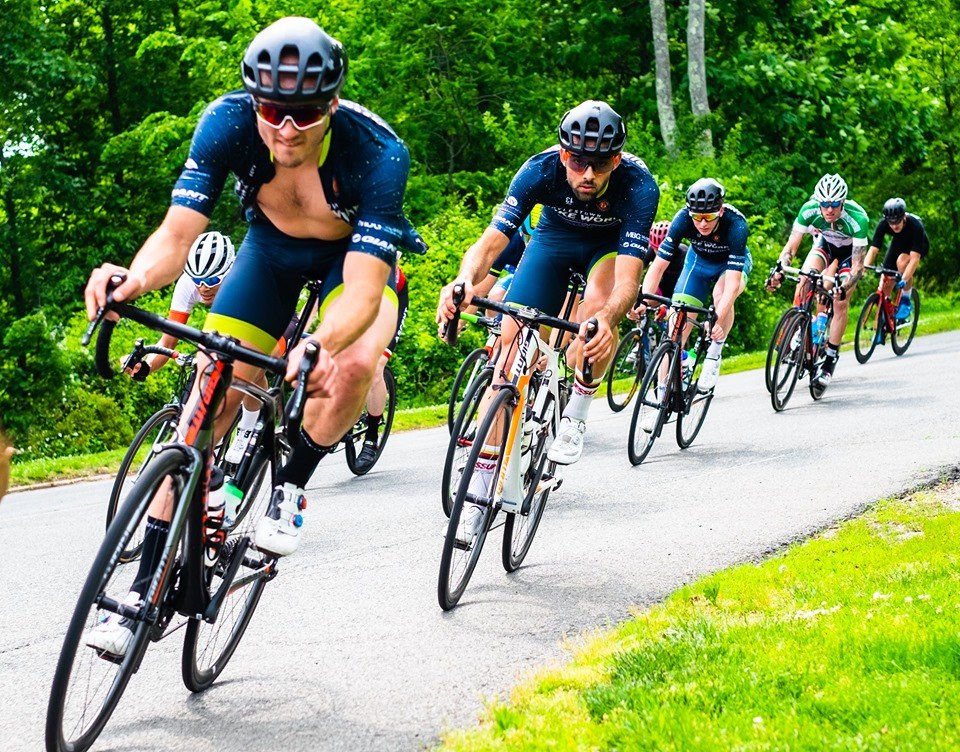 But it wasn't just Jason who was doing work for his teammates. Wes Kline (Emmaus) and Chris Meacham (Doylestown) are experienced, former professional riders who sacrificed themselves this weekend to put their younger teammates in good positions to finish well. 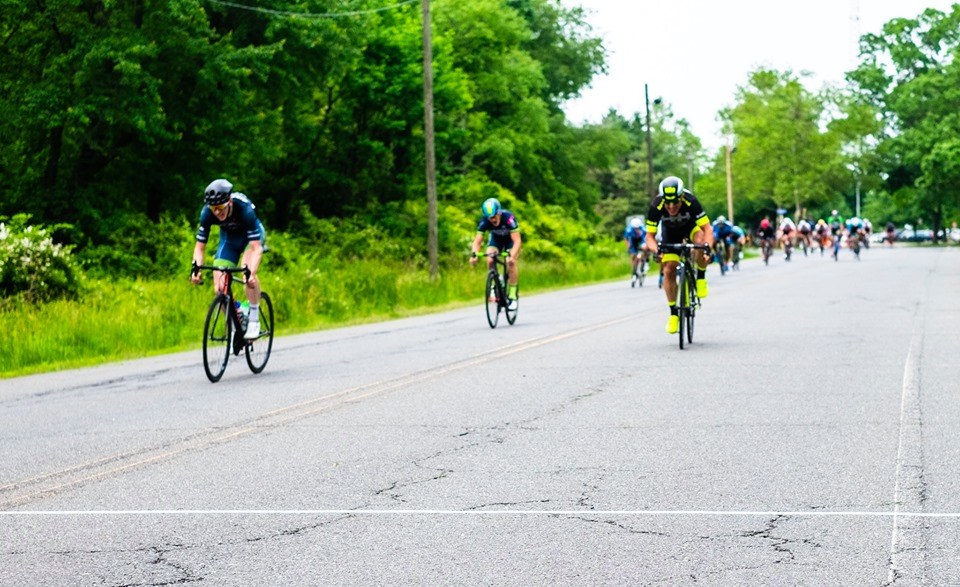 Colin lunging for the line at the 2019 Watermelon Criterium (Photo: Ron Short)

The hard work and sacrifice of the team resulted in Colin Kelly (Ottsville) finishing first at the 2019 Watermelon Criterium. The win provided Colin with a number of points he needs to build his resume as he applies to move from a Category 2 to a Category 1 road racer. In the etiquette of cycling, it fell to Colin to treat his teammates for Chipolte burritos post-race to thank them for the assistance. 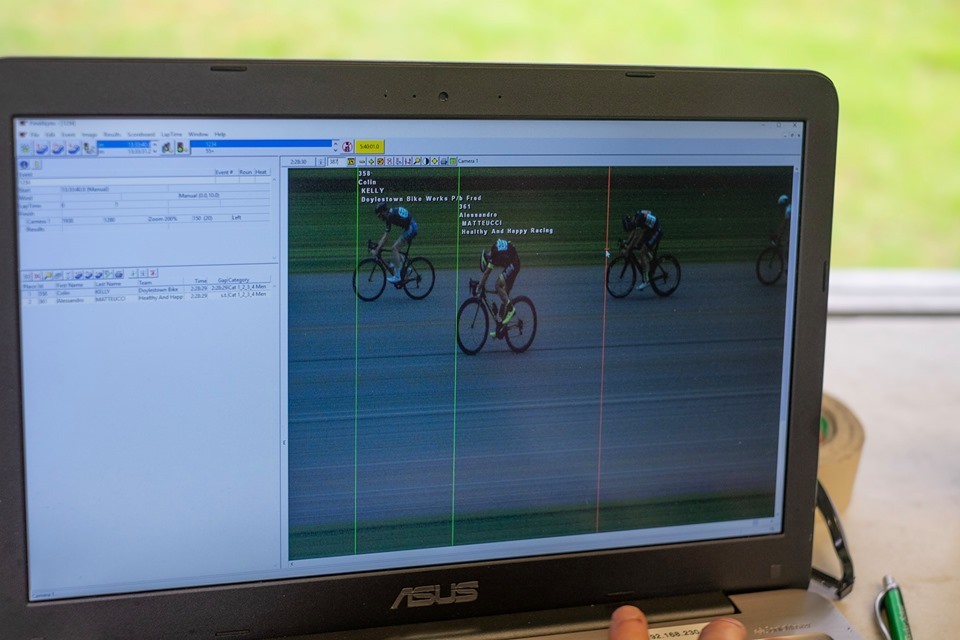 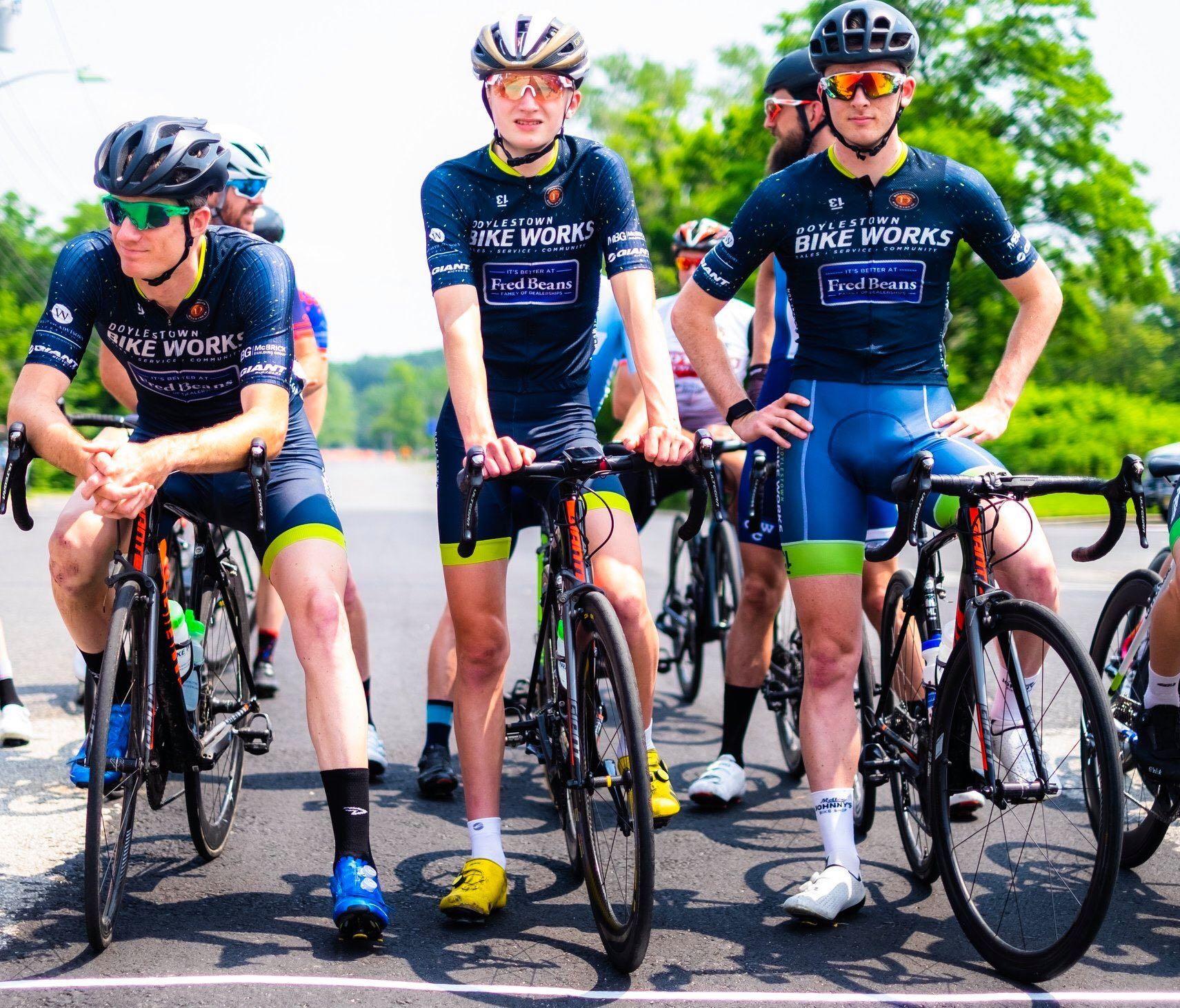 On Sunday it was Sam Smith's (Doylestown) turn to get a boost from his teammates, and was propelled to a 4th place overall finish. At 16 years old, and a Category 3 racer, Sam is quickly showing that he's going to be a major force to be reckoned with in the very near future.